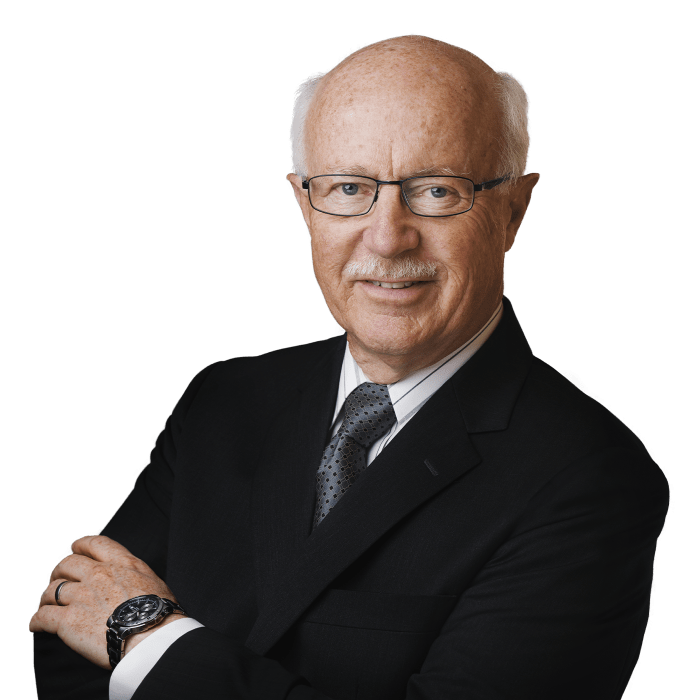 D. Peter Ramsay, K.C. is a founding partner of Ramsay Lampman Rhodes. Peter has a Bachelor of Commerce degree, a Bachelor of Laws degree, and a Master of Laws degree, all from the University of British Columbia. His Master’s thesis was on the Wills Variation Act and related estate litigation matters. Called to the Bar in 1970, Peter was appointed Queen’s Counsel in 1999 (King’s Counsel as of September 8, 2022).

Clients seek Peter’s advice and representation because of his ability to combine his extensive legal knowledge and practice experience with the preparation of practical client plans that resolve problems and disputes.

Peter also chaired the Succession Law Reform Project for the British Columbia Law Institute which delivered a 345-page report to the British Columbia Attorney General. This report was the foundation for the Wills, Estates and Succession Act which modernized the law of succession in British Columbia as of March 31, 2014. He also chaired a project committee tasked with making recommendations for the reform of the court probate and administration rules and assisted in drafting what is now Civil Rule 25, the new probate rule and forms. Another committee chaired by Peter created “Undue Influence Recognition/Prevention – A Reference Aid”.

Mr. Ramsay served on the Board and was president of the Nanaimo Hospice Society and the Mid-Island Consumer Services Cooperative, and was elected to the Regional District of Nanaimo.